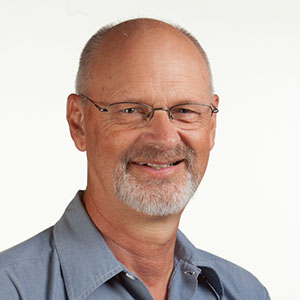 Dr Tim Meadowcroft is a Senior Lecturer in Biblical Studies, with a special interest in Old Testament Studies and Biblical Interpretation.

Tim loves the fact that the Bible is a vast undiscovered frontier that it takes a life time to explore. He teaches to help students glimpse that frontier, and find the tools and maps to help them carry on with their own exploration. In doing that, he hopes that students find in the Scriptures an amazing resource to take into wherever God has placed them.

Currently Tim is working on theological readings of the book of Daniel, and has recently published several articles on that theme. He is also exploring biblical wisdom and its response to the created order which we as human beings inhabit.

Tim grew up in Pakistan, and then studied and trained in his home town of Christchurch. After a period of high school teaching in Ngaruawahia, he trained for Anglican parish ministry and served in parishes in the Waikato diocese. He was given the opportunity to complete a PhD in Edinburgh before coming to work at Laidlaw College (then Bible College of New Zealand), where he is now in his twenty-fifth year of teaching. He remains active in his local Anglican parish.

Tim is married to Sue and they have four married daughters and ten grandchildren, all of whom live handy. Tim also likes his electric bike and experiences the agony and the ecstasy of trying to follow the Oklahoma City Thunder and the NZ Breakers basketball teams.

Supervision of University of Otago candidate on the Septuagint of Isaiah

Supervision of Auckland University of Technology PhD candidate on a Korean reading of John 14.6

Supervision of Auckland University of Technology PhD candidate on the Old Testament use of the concept of chesed in the New Testament.

Supervision of University of Otago PhD candidate on Lamentations

Co-editor (with William Longgar), Living in the Family of Jesus: Critical Contextualization in Melanesia and Beyond (Auckland: Archer, 2016)

Co-editor (with Joel B. Green), Ears that Hear: Explorations in Theological Interpretation of the Bible (Sheffield: Sheffield Phoenix, 2013)

Co-editor (with Andrew T. Abernethy, Mark G. Brett and Tim Bulkeley), Isaiah and Imperial Context: The Book of Isaiah in the Times of Empire (Eugene: Pickwick, 2013)

Co-editor (with P. Church, P. Walker and T. Bukleley), The Gospel and the Land of Promise: Christian Approaches to the Land of the Bible (Eugene: Pickwick, 2011)

“‘One Like a Son of Man’ in the Court of the Foreign King: Daniel 7 as Pointer to Wise Participation in the Divine Life,” Journal of Theological Interpretation 10 (2016): 245-63.

“Introduction: An Interpretive Conversation,” in Ears that Hear: Explorations in Theological Interpretation of the Bible (eds Joel B. Green and T.J. Meadowcroft: Sheffield: Sheffield Phoenix, 2013), 1-10.

“‘Exegesis as Love’: Encountering Truth in John 14.15-26,” in Ears that Hear: Explorations in Theological Interpretation of the Bible (eds Joel B. Green and T.J. Meadowcroft: Sheffield: Sheffield Phoenix, 2013), 191-203.

“Spirit, Interpretation and Scripture: A Study on 2 Peter 1:19-21,” in Light for Our Path: The Authority, Inspiration, Meaning and Mission of Scripture (eds Bruce Nicholls, Julie Belding and Joseph Shao; Manila: Asia Theological Association, 2013), 24-33.

“Is the God of the Old Testament a Tyrant?” in Taking Rational Trouble Over the Mysteries: Reactions to Atheism (eds Nicola Hoggard Creegan and Andrew Shepherd; Eugene: Pickwick, 2013), 192-204.

“Pascal’s Bus: A Conversation between Blaise Pascal and the British Humanist Association Buses,” Omega: Indian Journal of Science and Religion 10/2 (2011): 101-12

“In Whose Interests Do We Read? A Response to Miriam Bier,” in Reconsidering Gender: Evangelical Perspectives (eds M. Habets and B. Wood; Eugene: Pickwick, 2010), 161-70.

‘Between Authorial Intent and Indeterminacy: The Incarnation as an Invitation to Human-Divine Discourse’, in Scottish Journal of Theology 58 (2005), 199-218

‘Who are the Princes of Persia and Greece (Daniel 10)? Pointers towards the Danielic Vision of Earth and Heaven’, Journal for the Study of the Old Testament 29 (2004), 99-113

“‘One Like a Son of Man’ in the Court of the Foreign King,’ presented to SBL Annual Meeting, Atlanta, November 2015

‘Eternity and Dust?’ presented to conference on Theology, Spirituality and Cancer, Auckland, February 2014

“Explorations in Identity and Context from the Court Tales of Daniel,” presented to ANZABS, Dunedin, December 2014

‘Theological Commentary: A Diversifying Enterprise: A Consideration of Three Recent “Theological” Commentaries on the Book of Genesis,’ presented to University of Otago Department of Theology and Religion Postgraduate Seminar, April 2013

‘Hebrews 1.1-4: In these Last Days God Has Spoken,’ presented to the Meeting of the Society of Asian Biblical Studies, Kota Kinabalu, June 2012

‘God’s Word Goes Forth: Transformation within the Empire,’ presented to Colloquium on Isaiah and Empire, Laidlaw College, Auckland, February 2011

‘“Be Perfect as Your Heavenly Father is Perfect”: An Exploration of Word and Word in Matthew 5.17-48,’ presented to Australian Catholic Biblical Association Meeting, Melbourne, July 2010

‘A Response to Chris Wright’s The Mission of God,” presented to a meeting of Tyndale-Carey Graduate School faculty meeting with Chris Wright, March 2008

‘The Lineage of Haggai: Intertextuality in the Haggai Narrative,’ presented to Society of Biblical Literature International Meeting, Auckland, July 2008

‘Haggai and the “Myth of the Empty Land”’, presented to Aotearoa New Zealand Association for Biblical Studies, Auckland, December 2006

‘A Desolate Land, People and Temple: Haggai and the Environment’, presented to Faith in a Hyphen Conference, Sydney, December 2006