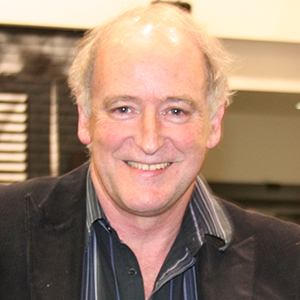 Stuart completed his PhD from the University of Otago, through a study on the history of twentieth-century evangelical Christianity in New Zealand. He also holds an MA with first class honours in History from Auckland University and a BD from the Melbourne College of Divinity. He joined the Academic Staff in 1990 and teaches courses on the History of Christianity. From 2006-2008 he was Vice Principal. Stuart’s major book (A Rising Tide: Evangelical Christianity in New Zealand, 1930-1965) was published by Otago University Press in 2013, and he is the writer and presenter of the DVD Te Rongopai: 200 Years of the Gospel in New Zealand, 1814-2014. Since 1992, Stuart has also been the senior minister at a nearby church, Massey Presbyterian, where he heads the staff team and regularly preaches.

“The Scottish character and identity of the Presbyterian tradition in New Zealand: from almost pervasive to barely remembered”. Records of the Scottish Church History Society, (2016): 117-131.

“The Scottish character and identity of the Presbyterian tradition in New Zealand: from almost pervasive to barely remembered”. Paper presented at the Second Scottish Religious Cultures Network conference: “Scotland’s Religious Traditions at Home and Abroad”, Queen’s University, Belfast, 28–29 May 2015.

“A quiet bicentenary? Reflections on the 2014 bicentenary of Christianity in New Zealand in relation to State, media, academia, church, and general public – with comparisons to 2014 World War I commemorations (2014) and the ‘Marsden Centenary’ (1914)”. Paper presented at ‘Religion’s Presence in the Past’, Colloquium, New Zealand Institute of Christian Studies, Epsom, 28-29 August 2015.

“Te Manihera Poutama and Kereopa: Māori peace-makers?” Paper presented at ‘“Peace, not war, shall be our boast’: Historical, Theological and Contemporary Perspectives on Peace and Christianity in New Zealand”, Conference, Victoria University of Wellington, 18-20 November 2015.

Review of Peter Lineham, Destiny: The Life and Times of a Self-Made Apostle. Auckland: Penguin, 2014.” New Zealand Sociology: Journal of the Sociology Association of Aotearoa/New Zealand 29, no. 1: 217-220.

“Westminster Fellowship Evangelicals and the History of Presbyterianism in New Zealand”, in Geoffrey Troughton and Hugh Morrison (eds). The Spirit of the Past: Essays on Christianity in New Zealand History. Wellington: Victoria University Press, 2011.