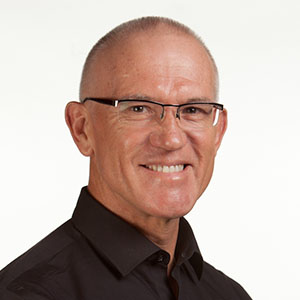 Mark began his working life as a school teacher. He became a Christian in 1985 and went into full-time service in 1987 doing community outreach work with St Columba's Presbyterian Church in Pakuranga. He came to Laidlaw College as a student in 1990, completing a BTh with first class honours. After a year in ministry at St John's Presbyterian Church, Mark completed ordination training at the Dunedin School of Ministry and served as a minister alongside his wife Emma at Greenlane Presbyterian Church from 1997-2003 and then at Mt Roskill Baptist. In 2005 he completed his ThD, looking at a mandate for evangelism in the Pauline Epistles, and joined the Laidlaw College staff.

Mark is an ordained presbyterian minister and associated with the Northern Presbytery of the Presbyterian Church of Aotearoa New Zealand. He attends Glenfield Community Church and is the chairman of the Glenfield Community Trust. Mark is a singer-songwriter, guitarist, and worship leader. He preaches regularly in his home church and in other churches as invited. He is passionate about the gospel and its proclamation.

Mark is available to supervise advanced research students in the areas of the Gospels, Acts, the Pauline letters, the General Letters, Revelation, Biblical and New Testament Theological themes, Evangelism, and biblical aspects of Mission.

Jesus in a World of Colliding Empires: A Fresh Look at Mark’s Jesus from the Perspective of Military Power and Expectations. 2 Vols. Eugene, Oreg.: Wipf and Stock, 2018.

What’s God Up To On Planet Earth: A ‘No-Strings Attached’ Explanation of the Christian Message. Tauranga/Eugene: Affirm/Castle//Wipf and Stock, 2011 (also published as an E Book at Amazon)

Congregational Evangelism in Philippians: The Centrality of an Appeal for Gospel Proclamation to the Fabric of Philippians. Milton Keynes: Paternoster, 2008.

‘Who Were the Evangelisers? Some Implications of Bauckham’s Eyewitness Theory for Early Evangelism,’ Stimulus (April, 2017): 25–31.

‘Paul’s Vision of Evangelization and the Church: Taking the Debate Forward.’ In Christian Origins and the Formation of the Early Church, Edited by Stanley E. Porter and Andrew W. Pitts. TENTS. ECHC 5. Leiden: Brill, 2016 (at publisher, forthcoming).

Paul’s Use of εἴτε ... εἴτε Constructions and the Proclamation of the Gospel (Phil 1:18a),’ Colloquium, 2016 (in process forthcoming).

‘Paul’s View of Fairness.’ In But is it Fair? Faith Communities and Social Justice . Ed. Neil Darragh. Auckland: Accent Publications, 2014.

‘Social Relations in Philippians and Beyond.’ In Paul and his Social Relations. Ed. Stanley E. Porter and Christopher D. Land. PAST 7. Leiden: Brill, 2013.

‘Paul’s Answer to the Threats of Jerusalem and Rome.’ In The Gospel in the Land of Promise: Christian Approaches to the Land of Promise. Ed. P. Church, P. Walker, T. Bulkeley and T. Meadowcroft. Eugene, Oreg.; Pickwick Publications, 2011.

Other Essays and Articles

‘Preaching the Cosmic Scope of What God is Up To,’ Kiwi-made Preaching, 2014 (http://kiwimadepreaching.com/2014/07/preaching-the-cosmic-scope-of-what-god-is-up-to-mark-keown/)

“The Use of the Old Testament in Philippians.” Paper presented at Trinity Colloquium, Perth, 2013.

“Paul’s Vision of Evangelization and the Church: Taking the Debate Forward,” Paper presented at SNTS, Perth, 2013.

“Paul’s Radical Use of Christos in Philippians and Beyond.” Paper presented at Tyndale Biblical Studies Study Group, Cambridge, 2010.

“Paul and the Roman Church.” Paper presented at ANZABS, Auckland, 2010.

“Citizens of Heaven, Bodily Transformation and Eternal Existence (Phil 3:17-21).” Paper presented at Colloquium on the Land, 2009.

“The Proclamation of the Gospel in 1 Peter.” Paper presented at Tyndale New Testament Study Group, Cambridge, 2008.

“Reflections on Worship in the NT.” New Soundings Conference 2007.

“Worship in the NT,” Paper presented at ’ Music Symposium, Wellington, 2006.

“The Da Vinci Code and the NT.” Paper presented at Anglican Symposium 2006.

Sarah Harris, The Davidic Shepherd King in the Lukan Narrative, 2011.

Corey Scott, A Study of Selected Texts from Luke’s Gospel in Relation to Jesus’ Interaction with Persons of Disability, 2009.

Andrew Gardener, Paul at Prayer For the Church: An Investigation into the Extent of Jewish and Greco-Roman Influence on the Form, Structure, and Content of Paul’s Intercessory Prayers, 2009.

Ian Waddington, Servanthood, Slavery and the Service as a Narrative Theme in the Gospel of Mark, 2014.

Bruce Richardson, An Evaluation and Critical Engagement of N. T. Wright’s Understanding of Paul’s View of the Law. 2016.

Pamela Griffiths, The Portrayal of the Loved Disciple: An Exploration of the Gospel of John in Response to Richard Bauckham, 2016.

Benjamin Ong, What is the social significance of Paul’s imperative, “do not even eat with such people,” in 1 Corinthians 5:11?, 2017.

Ross Millar, Signs in Wonder: An Investigation into Interpretation of the Lord’s Prayer in NZ Sign Language, in progress.

Joonho Lee, The Abrahamic Promise in Galatians and Romans, in progress.

Dixon Goh, An exegetical and theological analysis of Romans 8:18-25 with specific reference to Paul’s view of creation, in progress.

Kerry Gordon, The Theological Significance of Women’s Roles in Romans 16 with Reference to Contemporary Ministry, 2017.

Justin O’Malley, Motivations for Evangelism on the North Shore,’ 2018.

Mark Forman, The Politics of Inheritance? The Language of Inheritance in Romans Within its First-Century Greco-Roman Imperial Context, 2006.

Martin Williams, The Doctrine of Salvation in the First Letter of Peter. A Theological-Critical Study, 2007.

Miriam Bier, “There Will Be Weeping and Gnashing of Teeth.” A Study of Judgement Parables in Matthew, 2008.

Daniel Jae Kyue Jung, A Study of the Millennium in the Book of Revelation, 2015.

SOME OTHER CURRENT PROJECTS

Jesus in a World of Colliding Empires: The Deep Irony of Mark’s Gospel.

The Gospel and Its Proclamation

Living the Christian Life: A Basic Guide to Discipleship

Plus the Papers Presented Above For Publication.

Moving on From Election 2011

Living as a “Proactionary” Rather than a “Reactionary”

Local Councils and their Pay Rates – What Might Jesus Say?

“Jesus Heals Every Disease and Every Sickness” – Does He?

The UK Government and Crosses – Have They Got This Right?

From Flower Grower to Specialist in Ancient Texts’ (Dirk Jongkind)

Money, Politics and the Kingdom

Door Knocking – Is It Still Worth It?

A Glimpse into Western Values

The Queen’s Birthday Awards – A Query

Is It Time for Church Sponsorship?

The Radical Call of Tatenda Taibu

My Favourite Moment of the Games

Afghanistan – Should We Have Ever Been There?

The Sad Story of Rimsha Masih – What Can We Do?

Should we be so Negative About Christianity’s Supposed Decline? Recent Research into World Figures

Reflections on Another Hong Kong Adventure

The Only Thing that Stops a Bad Guy

Fear Not, For God is With You

The Scourge of OMG!

The Demise of Sport?

Is it Just Me? Organic Food?

Is Love the Defining Attribute of God?

Glimpses of the Religious Perspective of Sir Graham Henry

Eight Reasons Why Alan John Miller is Not Messiah!

Toward Resolving the Problem of Family Failure

Reflections on the Arrest of an Evangelist

The Syrian Crisis – Is it Just Me

No Surprises in the Census

Was Jesus A Bum? A Hobo?

Is the UK Christian or Not?

The Desperate Need for Theological Study

And His Name shall be Called